The last few days overseas and now... Back in the States! 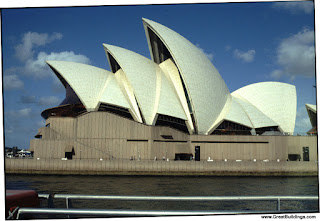 Ahhhhhhh.. What a lovely time that I had overseas. Since the last time I wrote to you, dear reader, I spent a couple of wonderful restful days in Brisbane, attended a rockin' summer solstice party (That's right, a SUMMER solstice party), and spent exactly 24 hours in Sydney.

First, the summer solstice party. It was at Steph, Stu and Rollie's house on what we in the States would refer to as Winter solstice, December 21st. (This date is also famous for being my father's birthday.) It was a frock party. I thought this just meant a party for which I had to wear relatively nice clothes. Actually, as it turned out, , the word frock is interchangeable with the word "dress", and everyone there-- boys and girls alike, were wearing dresses... all except for me. That's okay. I stuck out anyway with my accent :) It was a really fantastic way to end my time in Brisbane. I got to see all of Steph's mates in one place-- it was great stuff.

The next morning, December 22nd, Alli and Steph sent me off to Sydney. It's only a one hour plane ride, but because of the inexplicable time difference between Queensland and New South Wales, I lost an hour going to Sydney. I rushed out of the airport, took a quick cab ride downtown, checked in at a hostel, and walked quickly to the Sydney Jewish Museum.

After being in an environment without many signs of Jewish culture, it was pretty great to be in a building dedicated to it. In fact, there are so few Jews in Brisbane that when Alli and I looked for bagels the other morning at the local grocery store, we only found one package that didn't have mold on it. We bought it, of course... a girl's gotta have her bagels. Hee, hee.

As you can see, on Fridays it closes at 2pm, so I really had to bust over there in hurry. The super sweet folks at the museum let me stay until 2:30.

After the museum, I took a walk to and through the botanical gardens to the the Sydney Opera House. And dear reader, I couldn't help myself: for the rest of the day I walked and walked along the harbor, just taking in different views of this MAGNIFICENT building. It was built to look like a giant sail boat on the harbor. I took a tour of the inside of the opera house, and inside, dear reader, it is just as incredible. I went on a tour and met a very nice American named Ian. He was kind enough to take a few pictures for me of the opera house, for I didn't have my camera with me. So Ian, if you happen to be reading this, send along the photos when you can :)

Right now I am back in the States, and currently I am with friends and family in southern California. It's pretty great to not have the shock of the difference in weather just yet. I'll be back to Seattle soon enough :) I'll be looking forward to seeing all of my Seattle mates very soon. Cheers!
Posted by Ms. Ventura at 1:31 PM

The Opera House is so beautiful!

Thanks Tera and Xander. Xander, I'm so impressed with your typing-- you're only 15 months old!!! Thanks for writing!